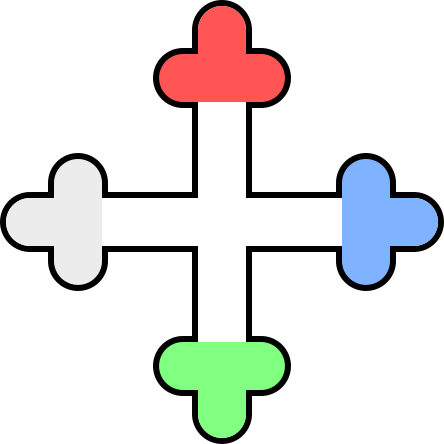 The burden: In Hebrew, “מַשָּׂא,” meaning, a heavy message, or a load. This same word is written in the writings of the Prophet Isaiah, saying, “The burden of Babylon, which Isaiah the son of Amoz did see” and “The burden of Moab. Because in the night Ar of Moab is laid waste, and brought to silence” and “The burden of Damascus. Behold, Damascus is taken away from being a city, and it shall be a ruinous heap” and “The burden of Egypt . . . the idols of Egypt shall be moved at his presence, and the heart of Egypt shall melt in the midst of it” (Is. 13:1, 15:1, 17:1, 19:1, respectively); in these passages, it is used by God, as He is giving a fearful message to a people.

of the Word of the LORD: That is, of Christ, the Word of God the Father. In Hebrew, “דְבַר־יְהוָה”; in Standard Gematria, 232.

to Israel: This message of God, delivered by the Prophet, is directed toward (and against) the people of Israel.

by Malachi: Written by Malachi the Prophet. In Hebrew, “מַלְאָכִֽי,” meaning, “My messenger” or “My angel.” In Standard Gematria, the numerical value for “Malachi” is 101, a palindromic number.

Wasn’t Esau Jacob’s brother? . . . Yet, Jacob I have loved: As opposed to Esau, God has chosen Jacob for His people; in this manner, He has loved them. Saint Augustine said, “God does not make His people of Esau, but makes it of Jacob. The seed is one, those conceived are dissimilar: the womb is one, those born of it are diverse. Was not the free woman that bare Jacob, the same free woman that bare Esau?” (Lecs. on Gosp. of John, Trac. XI).

3    But Esau I have hated, and laid waste his mountains and his heritage, for the jackals of the wilderness.”

Esau I have hated: Saint Augustine said, “There is a going forth to the light in the end; the birth which is here figured in a mystery is declared; and it will then appear that ‘Jacob have I loved, but Esau have I hated’” (Lecs. on Gosp. of John, Trac. XI).

4    Even though Edom has said, “We have been impoverished, but we will return and build the desolate places,” thus says the LORD of hosts: “They may build, but I will throw down; they shall be called the Territory of Wickedness, and the people against whom the LORD will have indignation forever.

we will return and build the desolate places: [The Jews rebuilding the Temple?]

They may build, but I will throw down: [God destroying it?]

the people against whom the LORD will have indignation forever: [The Jews who rejected Him?]

5    Your eyes shall see, and you shall say, ‘The LORD is magnified beyond the border of Israel.’

The LORD is magnified beyond the border of Israel: The Lord will be exalted and praised by people of all nations, that is, of the Gentiles. This has been fulfilled in the Oriental Orthodox Church, that institution which Christ established, saying to His disciples, “On this rock, I will build my Church, and the gates of Hades will not prevail against it” (Mt. 16:18), and “Go therefore and make disciples of all the nations” (Mt. 28:19).

6    “A son honors his father, and a servant his master. If then I am the Father, where is My honor? And if I am a Master, where is My reverence? Says the LORD of hosts to you priests who despise My name. Yet you say, ‘In what way have we despised Your name?’

Yet you say, ‘In what way have we despised Your name?’: The Jews, in ignorance, rejecting the Messiah, did not know, and truly believed that they did nothing wrong, believing themselves to be the true worshipers of God who stood fast to the traditions and sayings of the Prophets; for they understood things “by the letter” and not “by the spirit” (2 Cor. 3:6), as it is written.

7    “You offer defiled food on My altar, but say, ‘In what way have we defiled You?’ By saying, ‘The table of the LORD is contemptible.’

9    “But now entreat God’s favor, that He may be gracious to us. While this is being done by your hands, will He accept you favorably?” Says the LORD of hosts.

10    “Who is there even among you who would shut the doors, so that you would not kindle fire on My altar in vain? I have no pleasure in you,” says the LORD of hosts, “Nor will I accept an offering from your hands.

from the rising of the sun, even to its going down: That is, from East to West—from where the sun rises, to where it sets—from the Eastern regions of the earth, to those of the West. This is fulfilled in the Oriental Orthodox Church, which has made its way “from Egypt to Assyria” (Is. 19:23), from America and Canada, and in many other nations, all over the world.

My Name shall be great among the Gentiles: For the Gentiles accepted Jesus, the Messiah, whereas the Jews did not.

in every place incense shall be offered to My Name: This is fulfilled in the Oriental Orthodox Church, where incense is offered up to God, daily, by her priests, during the Divine Liturgy and other ceremonies. Incense symbolizes our requests and petitions made to God; as it is written, “Let my prayer be set before You as incense” (Ps. 141:2) and, in another place, “golden bowls full of incense, which are the prayers of the saints” (Rev. 5:8).

and a pure offering: That is, the bread and wine, offered by the priest, in preparation of the Mystery and Sacrament of Holy Communion. Saint Justin said, “He then speaks of those Gentiles, namely us, who in every place offer sacrifices to Him, i.e., the bread of the Eucharist, and also the cup of the Eucharist, affirming both that we glorify His name, and that you profane [it]” (Dial. Trypho, Ch. XLI). Also, “a pure offering,” being the raising of our hands, upon which there is no blood, during prayer and worship, as it is written, “The lifting up of my hands as the evening sacrifice” (Ps. 141:2).

My Name shall be great among the nations: As opposed to the Jews, who’ve rejected His Name. Here, said Saint Irenaeus, He is “indicating in the plainest manner, by these words, that the former people [the Jews] shall indeed cease to make offerings to God, but that in every place sacrifice shall be offered to Him, and that a pure one; and His name is glorified among the Gentiles” (Adv. Haer., Bk. IV, Ch. XVII).

12    “But you profane it, in that you say, ‘The table of the LORD is defiled; and its fruit, its food, is contemptible.’

13    You also say, ‘Oh, what a weariness!’ And you sneer at it,” says the LORD of hosts. “And you bring the stolen, the lame, and the sick; thus you bring an offering! Should I accept this from your hand?” Says the LORD.

14    “But cursed be the deceiver who has in his flock a male, and takes a vow, but sacrifices to the Lord what is blemished— for I am a great King,” says the LORD of hosts, “And My name is to be feared among the nations.”

Some scripture taken from the New King James Version®. Copyright © 1982 by Thomas Nelson. All rights reserved.

Oriental Orthodox Bible™ is a free, online Christian reference bible. Learn from the scriptures, through the lens of the Apostolic faith.

Facebook-f Twitter Instagram
“Some things are hard to understand, which untaught and unstable people twist to their own destruction, as they do also the rest of the Scriptures” (2 Peter 3:16). 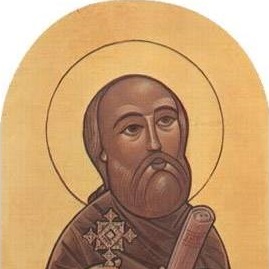 Saint PeterDisciple of Christ
“The honor of God is to conceal a matter, whereas the honor of kings is to search out a matter” (Proverbs 25:2).

King SolomonBiblical Prophet
“It is difficult to exhibit the really pure and transparent words respecting the true light, to swinish and untrained hearers.” 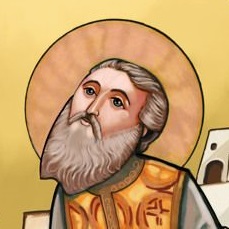 Saint ClementChurch Father
“Uncover my eyes and I shall look at hidden things from Your Torah” (Psalm 119:18).